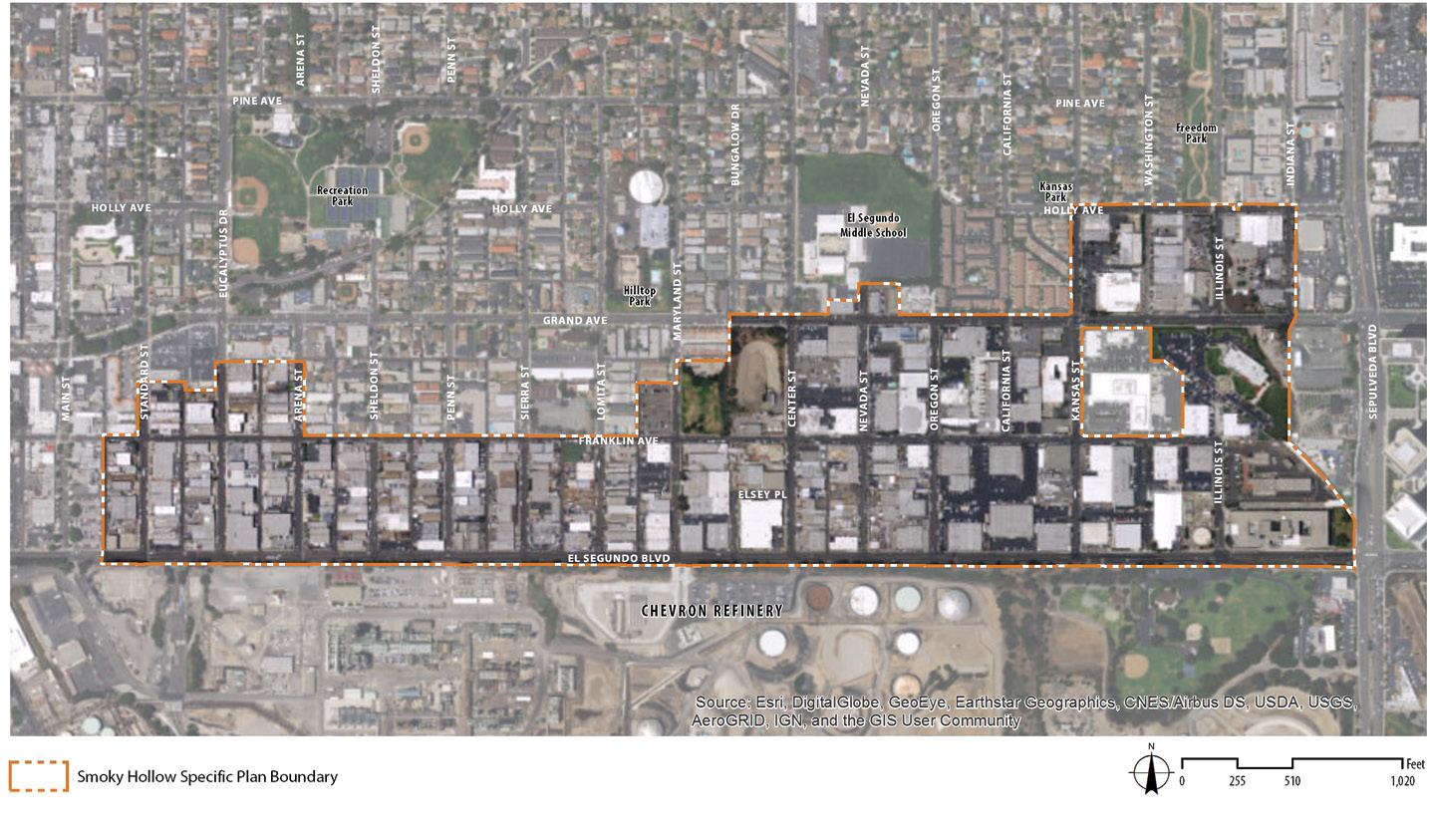 Located in the central portion of the City of El Segundo, the Smoky Hollow Specific Plan area extends east to west and is bounded by Indiana Street and Sepulveda Boulevard to the east, downtown El Segundo to the west, the Chevron oil refinery (and El Segundo Boulevard) to the south, and residential neighborhoods to the north. Regional access to Smoky Hollow is provided by Interstate 105 (Glenn Anderson Freeway) Interstate 405 (San Diego Freeway), and California State Route 1 (Sepulveda Boulevard, also known as the Pacific Coast Highway). El Segundo Boulevard and Franklin Avenue run east/west the length of the Specific Plan area (see Figure 1-1: Smoky Hollow District). The Specific Plan area covers 0.18 square miles (120 acres), or just over three percent of the City’s total area of 5.5 square miles (see Figure 1-2: Regional Location). With a mix of lot sizes on small streets, the land use pattern and character of the Smoky Hollow area were largely shaped by the original industrial uses that developed during the mid-20th century to serve the airport, aerospace/defense, and nearby refinery industries.

To the east, Sepulveda Boulevard separates Smoky Hollow from large corporate campuses and multi-story buildings. To the west, Main Street provides downtown amenities within walking distance to the west half of the Smoky Hollow Specific Plan area.

Smoky Hollow rapidly developed into an industrial district after World War II due to the influence of local aerospace companies such as Northrop Grumman (with a presence in El Segundo dating to 1932) and general demand for manufacturing, distribution, and industrial service uses. The district was largely built out by the early 1960s.

By the late 20th century, the district suffered the loss of large-scale manufacturing uses, as the regional aerospace industry contracted in response to post-Cold War defense cuts.

2 General Tile Company was located on Sheldon Street in Smoky Hollow in the 1950s.

The accompanying decline in property values and rents sparked a renaissance driven by demand for creative office and flexible/research and development (flex/R&D) space.

Today, Smoky Hollow is a transitional, predominately light industrial district located between a residential neighborhood to the north and a heavy industrial site—the Chevron Oil Refinery—to the south. Reflecting the transition of Smoky Hollow’s traditional industrial lands, the area is characterized by a pattern of traditional industrial buildings, typically built over 50 years ago, and some newer structures. The mix of old and new is enticing to prospective businesses and visitors to the district. Incubator, creative, and knowledge-based businesses are attracted to these types of building forms and the funky, eclectic nature of Smoky Hollow. 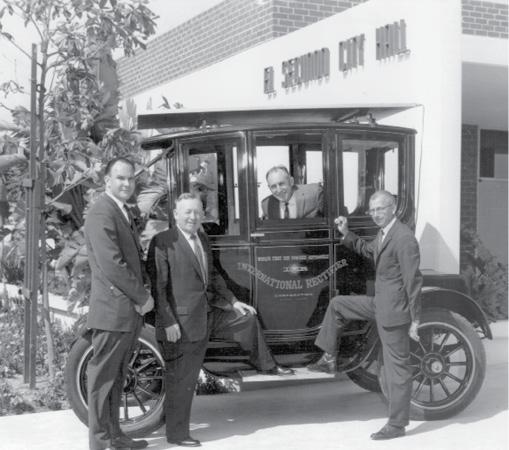 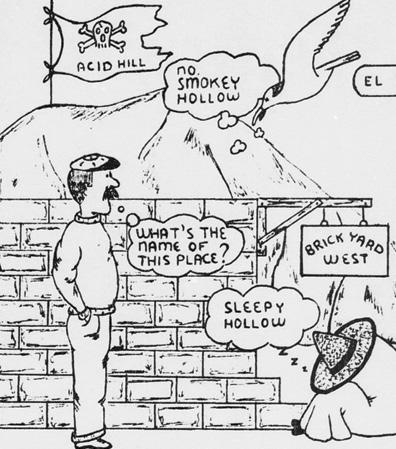